It is noble to imagine perpetuity, but nonsense to manifest it through permanence. Perpetuity is manifested through virtue, permanence in the form of a monument. While virtue is what the human being conceives of for an open future, a monument is something we build to benefit from today.
History has not taught us how to distinguish between notions of perpetuity and permanence. This project offers us the first opportunity to challenge permanence by monument and to pursue the true expression and emotion of perpetuity. MADA’s answer to the challenge lies in the action of flipping the pyramid and creating a new word, “dimaryp,” and therefore a new culture.
While a pyramid accumulates from the bottom up, the dimaryp diminishes from top down; while a pyramid completes itself to a point, a peak, the dimaryp fulfills itself on a plane, a plateau, a higher horizon.

It all starts in Roßlau. A port is proposed at the place where the river forms a “u,” called “dimaryport.” In dimaryport, dimaryps are constructed and stationed for five decades. They move once each decade in a continuous way and fulfill the five modes of emotion.
In the first decade, the dimaryp collects memorial stones on all of the stepped surfaces to enable us survivors to access specific memorial stones, commemorating loved ones individually and directly. This decade of dimaryp is called “face to soul.” In the second decade, it collects memorial stones on top of the stones laid in the first decade. Direct access to this layer of stones ensures “face to soul,” but transforms our relation to the first decade into a new one, not face to face but “soul to soul.” The collection of stones and recollection of memories proceed to a full span of five decades. As the distance between the passed and the passer increases, the connections intensify: face to face, face to soul, spirit to soul, soul to soul, and spirit to spirit.
Then the dimaryps are launched into the river and the spiritual journey begins. 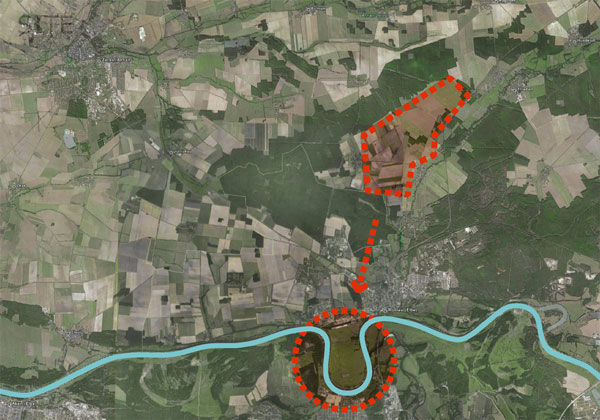 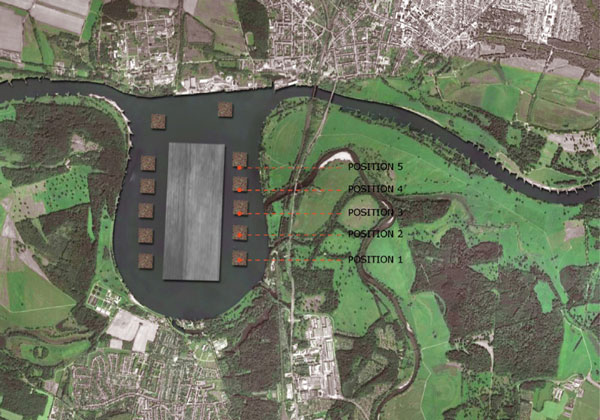 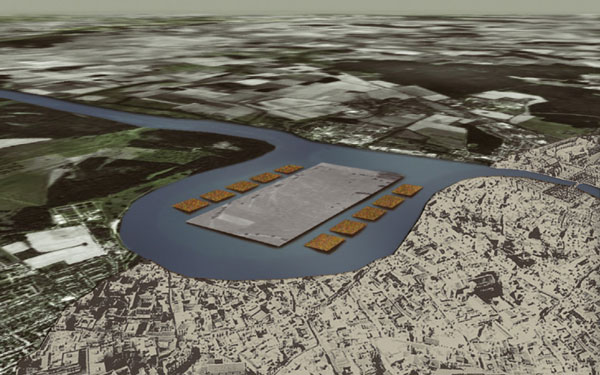 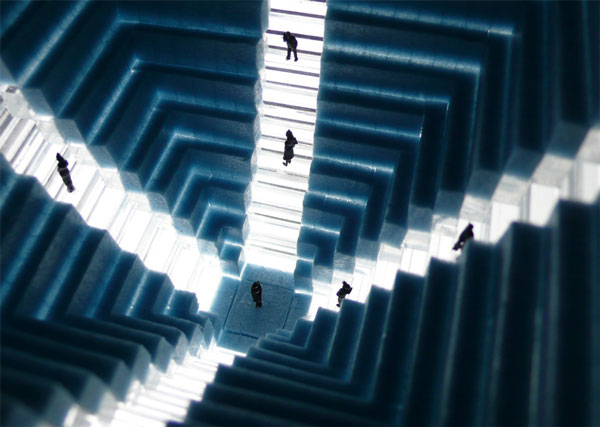 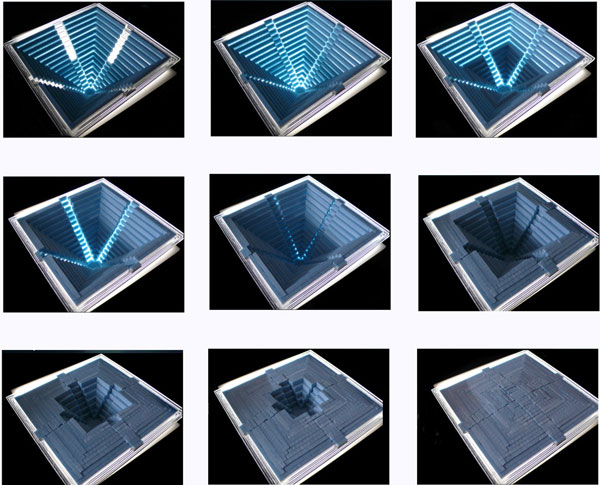